Skyhigh CASB for IaaS operates completely in a similar fashion to SaaS API mode with a near-real-time event feed and remediation occurring over an API connection to the IaaS provider. Additionally, Skyhigh CASB for IaaS works with code automation software such as Jenkins, also via API, to scan for and prevent vulnerable code from being deployed. Control connections are also established between the micro-segmentation shims installed on containers and Skyhigh CASB. 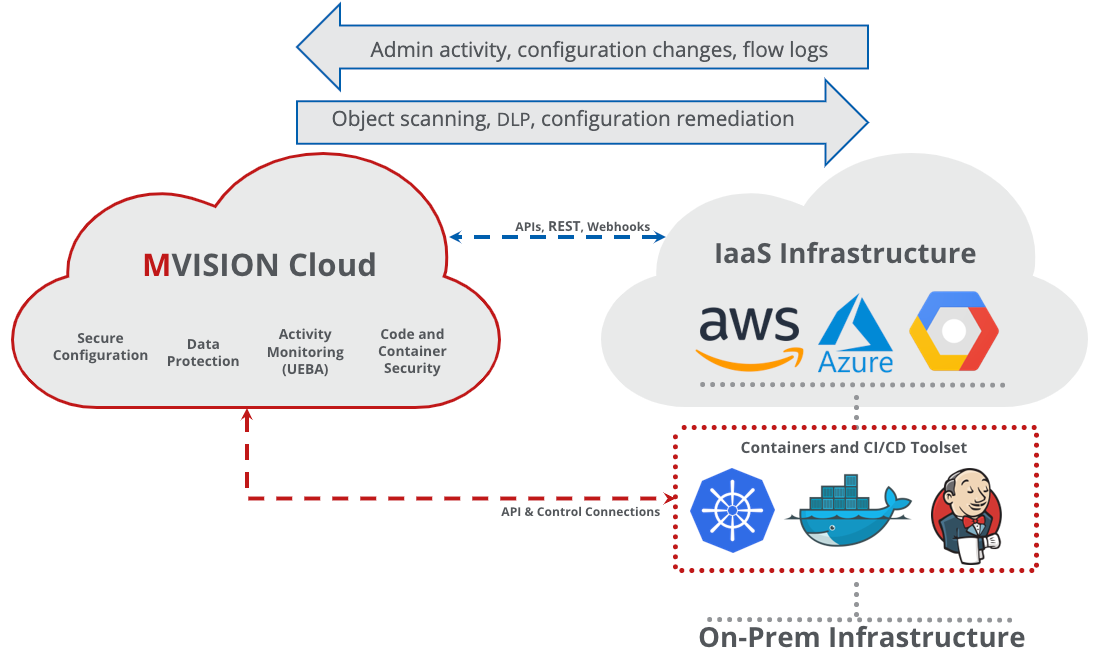 As shown by the blue dashed line in Figure 6, Skyhigh CASB establishes an API connection with the IaaS provider. This connection supports the following functionality:

The above functionality relies on API calls made directly to the IaaS provider and will require appropriate roles, permissions, and access keys to be provisioned for Skyhigh CASB. For example, a read-only account can be created for scanning configuration and storage, but if remediation is required then appropriate Skyhigh CASB will need a role with permissions enough to make the desired changes or function calls.

The red dashed line shown in Figure 6 shows connections made to various components that support CI/CD automation and container orchestration to provide the following services: